I have always been a sports fan, not necessarily your standard sports fan, yes I like a bit of football and rugby, but what I have always admired the most are sports that have a technology element. Like the pinnacle of performance sailing in the Americas cup, the pinnacle of four wheeled Motorsport in Formula 1 and Le Mans, the pinnacle of road cycling in the Tour de France – all of which are human and machine competing as a unit, getting the best out of themselves, out of the equipment they have, and importantly the engineers in the team getting the most out of the rule book.

There is no bigger sporting event than the Olympics, and I was extremely proud as a Brit living in Sweden on just how well the London Olympics went for Great Britain. It wasn’t done with waste like the previous Olympics, it was done with taste, with honour and extreme planning – not easy to achieve, globally people were impressed. During the games it was talked a lot about how it was inspiring the next generation of athletes – which was absolutely true, although I wonder how many of them were in there 30’s, 40’s and 50’s! MAMIL anyone? But potentially what was not shouted loudly enough was how it was also inspiring our next generation of engineers. Let’s take Team GB’s success in the velodrome as an example – absolutely the riders were the key component, but the team of engineers behind the bikes also had a huge role to play in delivering those medals. Interestingly, Sir Chris Hoy followed his velodrome success by turning his focus to motor sport, clearly he has a connection with his steed.

Roll forwards to February 2018 – it’s the turn of the Winter Olympics, and again engineers have a big part to play. Sweden is rightly proud of the technology and science that it utilises to deliver alpine skiing success – winning the first gold medal of the games another example. In the skeleton, where it is person and sled hurtling down a frozen half pipe, Team GB (at the time of writing) are under some pressure from other teams due to their theoretically aerodynamic enhancing body suits that they have brought to these Olympics – the Olympic committee having to step forwards and qualify legality. In the last games it was their helmets. But this is great, this is what it is about – pushing the limits, not just human, but also as engineers.

The big engineering, let’s call it performance, event that I am keeping an eye on is the land speed record attempt project Bloodhound, not strictly sport, but very much related. We can hope that all their plans come together in the near future to again push the boundaries of engineering and inspire another generation.

How can you utilise sport to drive business success?

Supporting sport and sporting adventures through your business can deliver a number of benefits. Firstly, it can provide internal motivation and focus, your team can be proud that their efforts are supporting a good thing, it can add further connection to their place at work. Secondly, it is a tool that you can utilise within your online presence and communications, delivering brand strength and recognition. If you would like to see an example go to the PACE Networks supporting page. www.pace-networks.co.uk/supporting – talk to us on potential concepts that would suit your business.

What to read next... 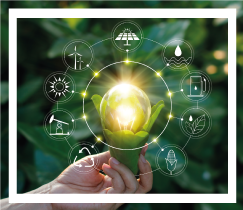 Why Should Manufacturers Focus on Sustainable Manufacturing?

Explore the concept of sustainable manufacturing, its benefits and some of the ways companies are implementing it in our latest blog.

What are the Benefits of Agile and Lean Manufacturing Marketing?

This article will dive into agile and lean manufacturing practices and the marketing benefits that come from promoting these approaches. 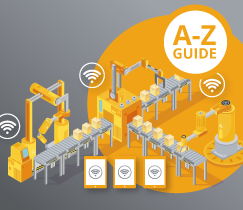 A-Z of Industry 4.0 Technologies and Benefits 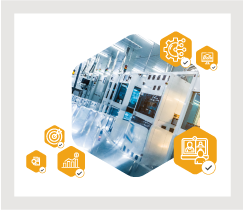 How to pick your B2B manufacturing marketing company

Learn what traits you need to look for when choosing a manufacturing marketing agency to ensure that they will really work for your specific business.